What is Technology Doing to Our Teams? 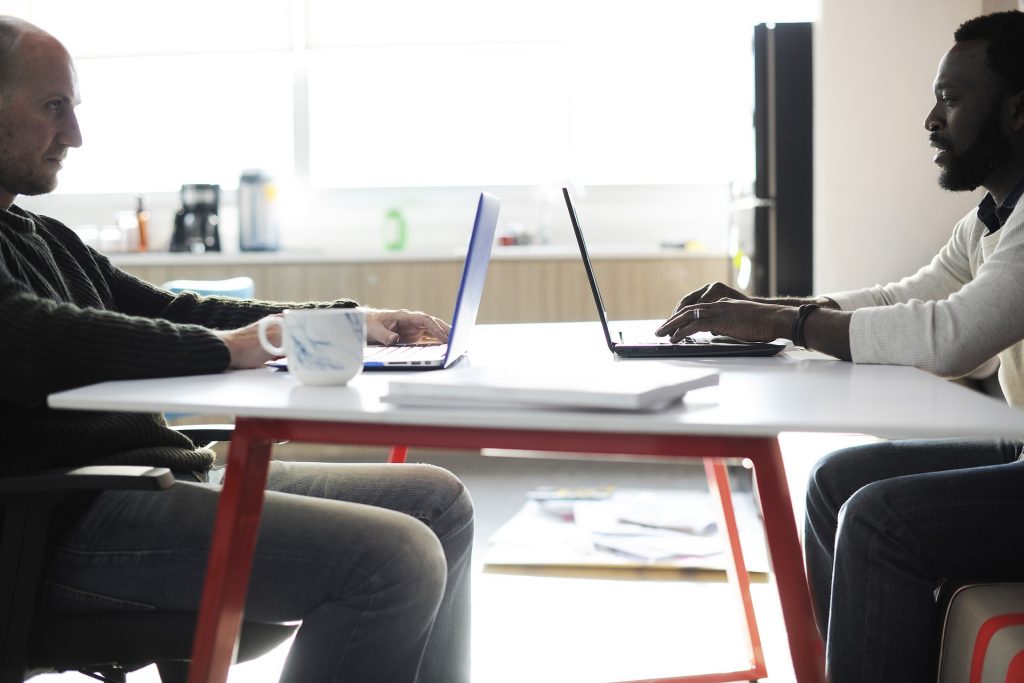 Technology is changing our lives in myriad ways.  Much of it is good, but some is causing us harm  ̶  psychologically, physically, emotionally, and spiritually.  In last week’s column, I approached the subject of cell phones in the workplace, but, what is technology doing to our lives in general?

Don’t get me wrong. I love technology, all the new gadgets and the increased productivity it generates.  I especially like when we are part of a conversation and someone says, “What was the name of ..?” Or, “What year did..?” We can Google the question and have the answer immediately.   But, are we becoming addicted?

Technology, especially cell phones, are becoming more addictive than smoking or drinking.  Everywhere you look, people have their noses in their phone, ignoring everything (and everyone) around them.

Studies have shown that interaction with social media releases dopamine, a chemical that activates pleasure in the brain.  This is the same experience as when we have a cigarette or a drink.  I watch when a person receives a notification on their phone; they cannot wait to check it.  Some people cannot even go to the bathroom without taking their cell phone.  Cell phones have even been linked to a variety of sleep disorders.

Studies show that people experience feelings of anxiety and unpleasantness when separated from their phones, and that smartphone separation can lead to an increase in heart rate and blood pressure.

In fact, a study by the PEW Research Centre says that 67% of smartphone owners have confessed to checking their devices for calls or messages even when their phone didn’t ring.  The government has established restrictions and implemented programs to treat addictions for gambling, alcohol, and smoking.  Is it now time to start treating “nomophobia?”

Consequently, there is another surprising effect of being continually connected via the internet – loneliness!!

In the past, we have always had people in our lives that would give us a sense of belonging and support our self-worth, whether it was friends, family, schoolmates, a social group, or team we were a part of.  We understood the importance of those connections ever since Maslow created his Hierarchy of Needs theory.

Now it seems our entire self-worth is determined by our Klout score, or the positive and negative responses we get from what we post on Facebook.  This, in turn, motivates us to spend even more time self-absorbed with our online image and presence than with live people.

According to a study at the University of Pittsburgh, led by Dr. Brian Primack, the more time a person spends on social media, the more likely they are to experience feelings of loneliness.  This is puzzling since we have always believed that technology would help people interact even more with each other.

Social media has caused the percentage of lonely people to increase, which is the opposite effect we would have expected.  In this wired world where people might have from 100 to 10,000 ”friends,” it would be reasonable to assume that people would never have to be alone.

On the contrary, loneliness is now an epidemic, ranking up alongside obesity and smoking with all ages.  But, the startling statistic is that young Americans in their late teens and early 20’s are reporting the most surprising increases.

What we are missing are meaningful one-on-one (face-to-face) relationships and living life with a purpose.  Loneliness is different from solitude or “being alone:”  You can be lonely even surrounded by people.  Destructive loneliness comes from feeling that we are unable to fully share our intimate thoughts and feelings without repercussion.

Are you helping staff develop habits like putting phones on airplane mode when in meetings, out with friends, or spending time with family, thereby focusing on creating real relationships?