There is Value in Integrity, But is Integrity a Value? 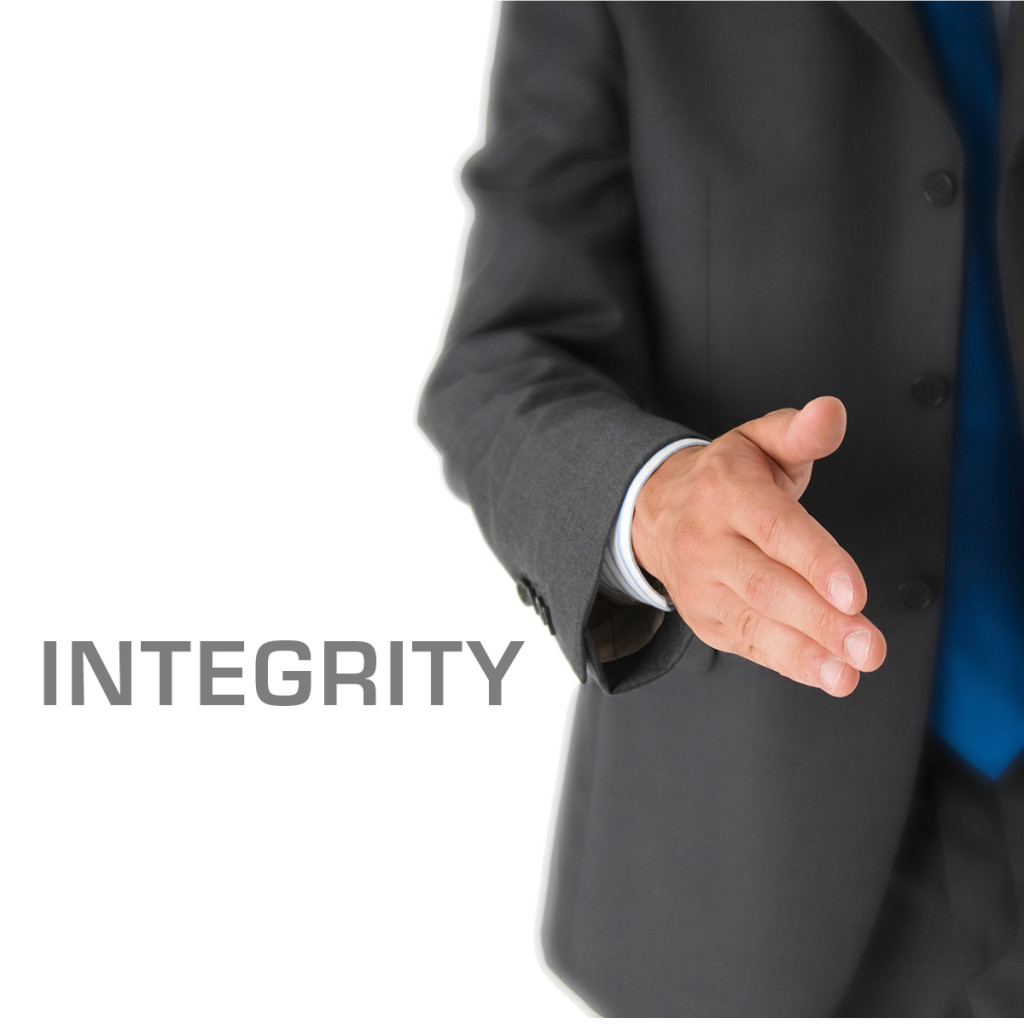 I often see posters in the corporate hallways espousing a list of values — those qualities and attributes the organization holds most dear. Typical words like; “respect, teamwork or innovation”, and sometimes I see “integrity”.

The word integrity evolved from the Latin adjective “integer,” meaning whole or complete. In this context, integrity is the inner sense of “wholeness” that comes from adhering to the values you hold the strongest. This means that people “have integrity” to the extent that they act according to the values, beliefs and principles they claim to hold.

Integrity is defined as “the steadfast adherence to a strict moral or ethical code.” It is the word that represents how strongly you adhere to the values you espouse. Often, organizations mistakenly include integrity as one of their values.

I am not saying integrity isn’t important in organizations. It is a quality or a virtue on which focus should be enforced, but it is not a value. An organization’s value system may evolve over time, but a culture of integrity within those values either exists or it does not.

Many people, companies, cultures and religions have differing values. For the most part, we understand that what others value most, may be different than ours — and that is okay. However, if anyone or any organization violates their own fundamental values, no matter what those values are, we instantly judge them as not having integrity. That is when respect and trust is lost.

Years ago, a major U.S. consulting organization determined that the two areas where integrity was upheld the highest were in the Mafia and in federal prisons. In those institutions you live by the code, or you will parish by the code.

In fact the name “Cosa Nostra” (Our Thing) is a loose association of criminal groups that share a common “code of conduct” or value system.

In politics, integrity is especially important. Politicians are chosen by the people to represent the community based on the perception of how they think, what they say and how they behave. They are elected based on their reputation and their consistent actions and decision-making process. This represents their character. When that shifts, they will have compromised their integrity. This is usually the primary reason for the downfall of many of our elected representatives.

Loss of political integrity is not about breaking some promise because additional information was received later that makes keeping the promise unattainable. Unless of course, the politician they would not be keeping it even as they were saying it. But, that represents their position on the values of honesty, transparency, and truthfulness.

There is not a connection between honesty and integrity, even though people often use them together. However, studies do show that people who have low levels of integrity are more likely to be dishonest.

The best way to maintain organizational integrity is through consequences. These consequences must be clearly articulated and enforced. Consequences will reinforce scruples. Strong scruples bring integrity to your values. If people or companies do not have consistent consequences for appropriate or inappropriate behavior, that will become the fertilizer which will grow a culture of low integrity.

My question for managers this week: “What example are you setting by your behaviors and do you have consequences in place to promote a culture of integrity?”

What Memorial Day Means to Me: From the Coast Guard to Military History to Canadian Traditions