The Making of an Entrepreneur 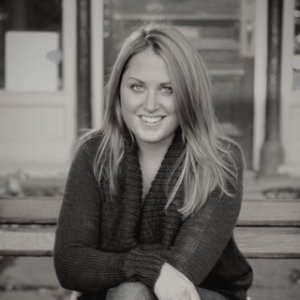 Being an entrepreneur is not the glamorous life some people believe it is.  Many people only see the end result of someone who has paid the price and made it.  They are not aware of the stress, the risk, the uncertainty and the sacrifices that were made throughout the journey.

Even after doing all that, sometimes it comes down to luck and timing. But that luck is created by having the determination and the discipline to stick with it. It’s about not giving up even when friends and family are saying, “Are you nuts?”

The entrepreneurial mind has an independent spirit and an unrelenting drive.  Entrepreneurs have a greater capacity for uncertainty than most. They stay up later, work longer, are more focused, and make greater sacrifices to their personal and family lives than most people are willing to do.

As Laura Murphy, Executive National Vice President at Arbonne, says: “Even if there is only a one percent chance of success, I am going for it.” Think of it folks, that is a 99 percent possibility of failure, but still she perseveres.  That is how a true entrepreneur’s mind works.

She realizes that success means having the foresight to see what others don’t, the fortitude to motivate yourself, the savvy to build and grow a business and the courage to make decisions in the absence of complete information.

Laura could have easily worked at one of her father’s (Danny Murphy) businesses, yet she turned that down.  How many people with an easy opportunity like that would risk everything to go out on their own?

She did not take the easy road.  She started her own entrepreneurial venture and found a passion with Arbonne, a well-known MLM (Multi-Level Marketing) organization.  Arbonne was started in the United States in 1980 and now includes 10 countries. They are also planning to expand globally.

“Anyone willing to make the sacrifices, pay the price and work hard will succeed. But so many who initially join expect to see immediate success,”

She compares this thinking to a fitness program. Often people sign up, but when they do not see the desired changes in their body right away, they quit.

Two things drove her to stick with the business and continue to pay the price:

After myriad interviews, I have discovered that most entrepreneurs share these following attributes:

Leadership – Being able to set goals, stay the course and motivate others.

Dedication – Working 12 hours a day, seven days a week, especially in the beginning.

Determination – When things don’t go right, they don’t give up.

Flexibility – The ability to change quickly when the unexpected happens.

Laura mentioned that people say her success is due in part because she is such a good public speaker.  But she will admit that in the beginning, she was so scared when she had to speak to a group, her skin would blotch so badly she would need to wear a turtle neck, to hide the redness.

“I took the risk and learned”, and says, “I am still learning.”  She now faces every audience with a natural confidence.

What Makes a Business one of the 50 Best Places to Work?