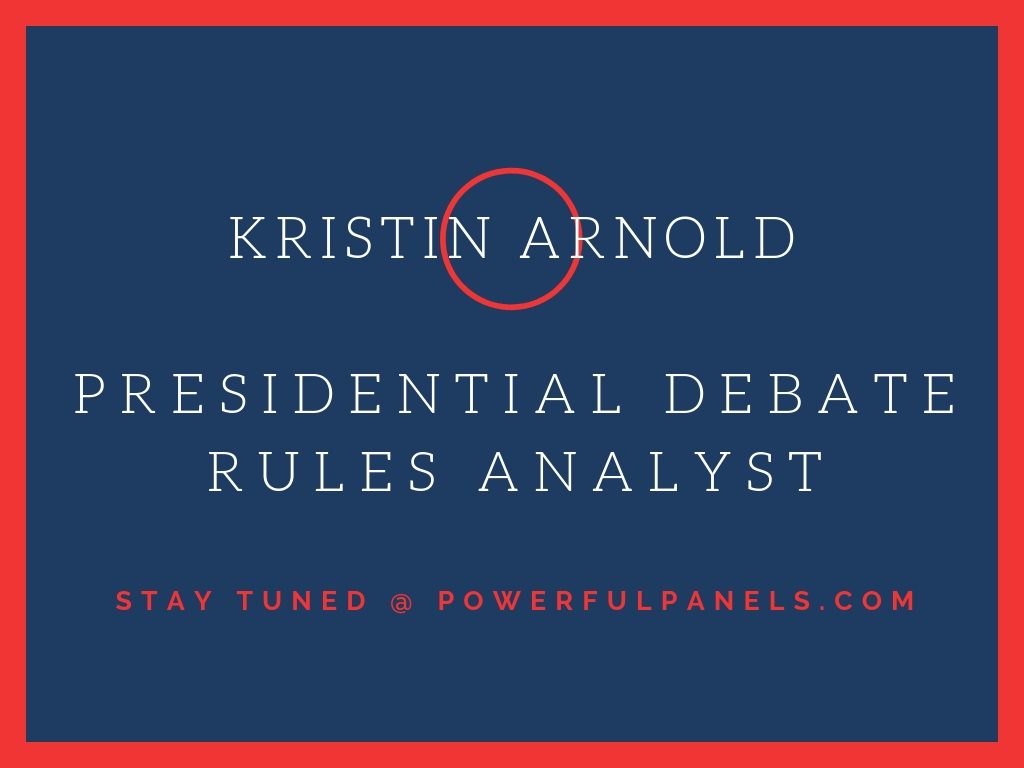 The 2019-20 Presidential Debate season is going to be a hot mess.  While most pundits are going to discuss what each candidate said, I’ll be taking a fresh angle:  Did the debate moderators do a good job facilitating the discussion?

Much like a rules analyst who comments on the officials’ calls (interpretations of the constantly changing NFL rules) on the football field, I’ll be commenting on the debate moderators: how objective, skilled, and fair were they?

I’ll be available for interviews immediately after each debate with real-time data to back up my assertions:

I’ll also have real-time polling of the “man on the street.”  In conjunction with Futuri Media (engagement manager to iHeartRadio), we’ll be polling the national radio audience with two questions:

It’s a unique angle that hasn’t been reported…unless the debate goes off the rails.  (Remember Candy Crowley in the 2012 debate between Obama and Romney?)  Will the debates go off the rails this year?  Potentially.  The conversation will definitely be skewed, biased, and crowded.  Regardless, I’ll be there to report it.

Would you believe the first two debates have already been scheduled? First one is June 26-7, 2019 in Miami, FL and the second one is to be held on July 30-1 in Detroit, MI.  And the Democratic National Party is scheduling FOUR more in 2019 and then another SIX before the Democratic National Convention! Youza!  That’s a lot of debates to cull the herd of candidates!

And then there is the big question:  Why do I want to report on the debates?  I am considered to be a leading authority on moderating panel discussions.  I literally wrote the book on it.  And I have never seen the current civil discourse so heated.  It’s bound to bleed over into the presidential debates, dontcha think?  I believe the public needs to know when the debate itself is being moderated well – and when it is not.

That is where I come in.  I’ll be blogging about ALL the debates right here, so stay tuned!