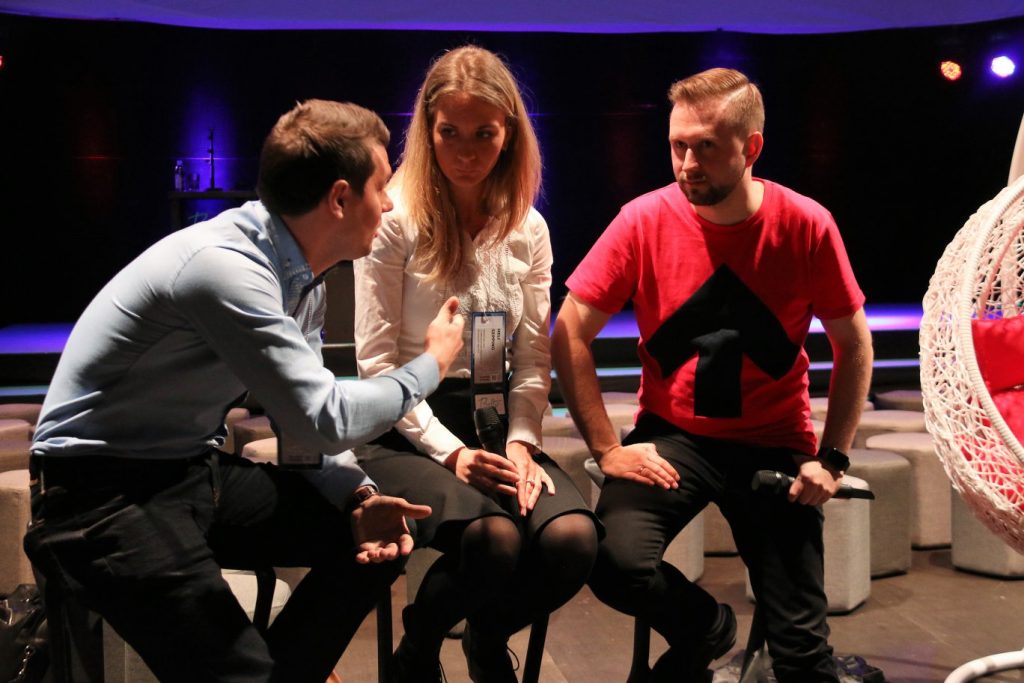 We all have different opinions about how a good conversation is supposed to unfold.  Is it one person talking at a time or a big cacophonous melange of disparate voices overlapping each other?

Stanford scholar Katherine Hilton grew up in a family full of talkative, high-intensity, chaotic conversations and was always curious about “who got to speak when.”

According to Stanford News, Hilton surveyed 5,000 American English speakers to better understand what affects people’s perceptions of interruptions. She had participants listen to carefully controlled scripted audio clips and then answer questions about whether the speakers seemed to be friendly and engaged, listening to one another, or trying to interrupt.

You can immediately sense how a clash of styles can affect the team’s work.

The differences in conversational styles became evident when participants listened to audio clips in which two people spoke at the same time but were agreeing with each other and stayed on topic, Hilton said.

The high intensity group reported that conversations where people spoke simultaneously when expressing agreement were not interruptive but engaged and friendlier than the conversations with pauses in between speaking turns. In contrast, the low intensity group perceived any amount of simultaneous chitchat as a rude interruption, regardless of what the speakers were saying.

“However, these two categories represent extremes on a spectrum,” Hilton said. “In other words, most people are likely to be somewhere in between the two conversational styles.”

So what does this mean to you and your teams?  Have a conversation about your conversational styles and relative intensity.  Create some ground rules that will help the team be able to listen to and learn from each other.

BTW, Hilton also found a gender disparity among survey participants.  “Male listeners were more likely to view women who interrupted another speaker in the audio clips as ruder, less friendly and less intelligent than men who interrupted.”  This should come as no surprise as men typically speak up more.

Get More Done, Be Less Stressed: 5 Tips to Increase Productivity